A look at COVID-19 reopening plans across the country

As COVID-19 vaccination rates increase and case numbers drop across the country, the provinces and territories have begun releasing the reopening plans for businesses, events and recreational facilities.

Most of the plans are based on each jurisdiction reaching vaccination targets at certain dates, while also keeping the number of cases and hospitalizations down.

Here’s a look at what reopening plans look like across the country:

The province’s reopening plan begins with a transition period during which some health restrictions, like limits on gatherings, will loosen.

Requirements for testing and self-isolation lifted entirely for fully vaccinated Canadian travellers on Canada Day, while those requirements will ease over the next few months for travellers with just one dose of a COVID-19 vaccine.

If case counts, hospitalization and vaccination targets are met, the province expects to reopen dance floors as early as Aug. 15, and lift capacity restrictions on businesses, restaurants and lounges while maintaining physical distancing between tables.

As early as Sept. 15, mask requirements for indoor public spaces will be reviewed.

Under the new rules, retail stores can operate at full capacity, churches and other venues can operate at half capacity or with a maximum of 150 people, and up to 50 people can attend outdoor family gatherings.

Day camps can operate with 30 campers per group plus staff and volunteers, following the day camp guidelines. In addition, professional and amateur arts and culture rehearsals and performances can involve up to 25 people indoors and 50 outdoors without physical distancing.

Meanwhile, fully vaccinated residents of long-term care homes can now have visitors in their rooms and visit their family’s homes, including for overnight stays.

The province has lifted all public health orders and it mask mandate has also expired.

That means all limits on gatherings are now removed, including in theatres and stores.

Restaurants, gyms and salons can also operate at full capacity, as long as customer contact lists are kept.

New Brunswick had earlier moved into the second phase of its reopening plan, which opened travel without the need to isolate to all of Nova Scotia after earlier opening to P.E.I. and Newfoundland and Labrador.

Travellers from elsewhere in Canada who’ve had at least one dose of a COVID-19 vaccine can enter the province without the need to isolate, while those who haven’t had a shot must still isolate and produce a negative test before being released from quarantine.

Prince Edward Island has dropped its requirement that non-medical masks be worn in public indoor spaces.

Officials say those who serve the public, such as in restaurants, retail stores and hair salons, should continue to wear a mask.

All health-care facilities will continue to require masks until 80 per cent of eligible P.E.I. residents are fully vaccinated.

Meanwhile, the province has allowed personal gatherings to increase so that up to 20 people can get together indoors and outdoors. Restaurants are allowed to have tables of up to 20. Special occasion events like backyard weddings and anniversary parties of up to 50 people hosted by individuals are permitted with a reviewed operational plan.

Organized gatherings hosted by a business or other organization are permitted with groups of up to 200 people outdoors or 100 people indoors.

On Sept. 12, the province expects physical distancing measures to be eased, as well as allowing personal and organized gatherings to go ahead without limits.

Quebec’s government has removed capacity restrictions in retail stores across the province and reduced the two-metre physical distancing health order to one metre.

Quebecers from separate households are now required to keep a one-metre distance from one another indoors and outdoors instead of two metres.

The previous two-metre distance now applies only at places characterized by physical activity or singing.

Fans and those attending theatres or other performance venues must keep at least one empty seat between each other, and wearing a mask in public spaces remains mandatory.

All of Quebec is now at the lowest green alert level under the province’s COVID-19 response plan as public health restrictions continue to ease.

The province permitted gyms and restaurant dining rooms to reopen in June. Supervised outdoor sports and recreation are also allowed in groups of up to 25 people.

Quebec ended its nightly curfew on May 28, and also lifted travel bans between regions.

Ontario has moved to the third step of its reopening plan, allowing for more indoor activities including restaurant dining and gym use, while larger crowds are permitted for outdoor activities.

Masking and physical distancing rules, however, remain in place.

Social gatherings are limited to 25 people indoors and 100 people outdoors. Religious services and other ceremonies are allowed indoors with larger groups of people who are physically distanced.

Nightclubs and similar establishments are open to 25 per cent capacity. Crowd limits have expanded for retail stores and salons, which can offer services that require masks to be removed.

Spectators are permitted at sporting events, concert venues, cinemas and theatres, with larger limits on crowds for outdoor events.

Manitoba is loosening restrictions and allowing extra freedoms for people who have received two doses of a COVID-19 vaccine as it moves into the second phase of its reopening plan.

Outdoor weddings and funerals can have up to 150 people and indoor events now have a limit of 25. Faith-based gatherings can expand to half capacity or 150 people indoors.

Businesses, such as casinos, museums and movie theatres, can open at 50 per cent capacity but only fully vaccinated Manitobans can take part. An upcoming Blue Bombers CFL game will also be open fully to fans who are double-vaccinated.

Saskatchewan has removed all public health orders — including the province-wide mandatory masking order, as well as capacity limits on events and gathering sizes.

Premier Scott Moe says the province decided to go ahead with full implementation of Step 3 of its Reopening Roadmap because more than 70 per cent of residents over the age of 18 and 69 per cent of those over 12 have received their first dose of a COVID-19 vaccine.

Despite the lifting of the health orders, Regina and Saskatoon say they will still keep up extra cleaning in municipal facilities.

All remaining COVID-19 restrictions were lifted on July 1.

There are no longer limits on weddings, funerals or bans on indoor social gatherings. In addition, there are no more limits on gyms, sports or fitness activities, no more capacity limits at restaurants, in retail stores or in places of worship.

Anyone with a confirmed case of COVID-19 will still be required to self-isolate and protective measures at continuing care centres may remain.

The overall requirement for masks in public indoor spaces has ended, but masks may still be required in taxis, on public transit and on ride shares.

Some remaining COVID-19 health restrictions in continuing-care centres have also been eased.

The province says it is no longer limiting the number of visitors, since vaccination rates are rising and there have been few cases in care homes.

Visitors, however, still need to be screened for COVID-19 symptoms or known exposure, and masks are still required in common areas.

The province recommends people wear a mask at all times when visiting a care home if they have not been fully vaccinated, including children under 12.

Limits on dining and recreation activities have been eliminated, and residents are not required to be screened if they are re-entering the building or go into quarantine if they have gone off site.

The province took the next step in its reopening plan on Canada Day when most COVID-19 restrictions were removed and outdoor gatherings of up to 5,000 people got the go ahead.

Restaurants and pubs no longer have limits on the number of diners, but people are still not allowed to mingle with those at other tables. Masks are no longer mandatory and recreational travel outside the province can resume.

Casinos and nightclubs are open for the first time in 16 months, but some barriers remain in place and socializing between tables is not allowed.

Provincial health officer Dr. Bonnie Henry says some businesses may want people to continue wearing masks for now, and everyone should comply with those requirements or face the potential of fines.

Some restrictions have been reinstated in part of a health region in the Interior after an outbreak led to rapidly spreading infection in that area of the province.

The face coverings are recommended outdoors in the region if residents are unable to physically distance, but they will be optional for children under the age of 12 when they’re attending summer camps or similar settings.

Nunavut’s chief public health officer says people living in the territory are no longer required to wear masks, but they are still strongly encouraged.

Dr. Michael Patterson says indoor public gatherings — such as in community halls — are now allowed to have 75 per cent capacity.

Restaurants, bars, theatres and places of worship can open to 75 per cent capacity and there are no limits on outdoor gatherings.

Up to 25 people are allowed in a business that is following an approved COVID-19 plan. Households can have up to 10 people with a maximum of five guests from another household.

The territory is no longer requiring masks to be worn in public places in Yellowknife and three other communities.

Chief public health officer Dr. Kami Kandola says it’s still a good idea to wear a mask indoors when there is a crowd, poor ventilation, or shouting or singing.

Yukon has expanded the rules for gatherings, allowing up to 200 people to get together, as long as masks are worn indoors and other health protocols are followed.

Fully vaccinated people can have personal gatherings of up to 20 people indoors and 50 outdoors, but the unvaccinated are encouraged to stick with their “safe six” because they are at significantly higher risk.

Bars and restaurants are allowed to operate at full capacity with restrictions.

Bars and restaurants will also be allowed to return to full capacity without the need for physical distancing.

This report by The Canadian Press was first published July 31, 2021. 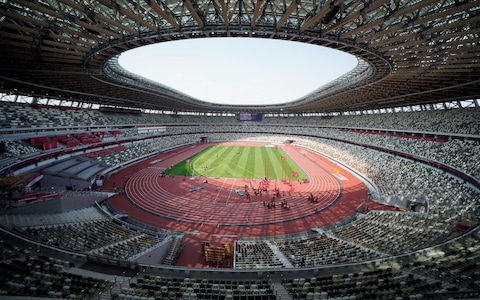 News
The venues hosting the Tokyo 2020 games, including the Olympic Stadium... 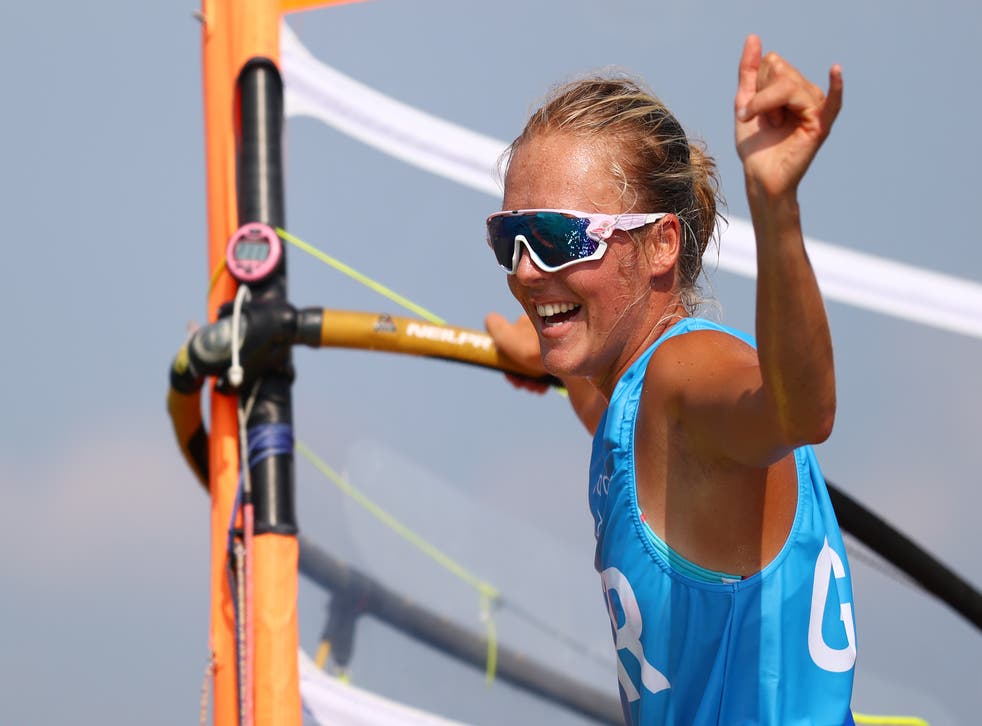 News
While you were sleeping: How Canada performed at Tokyo Olympics Friday... 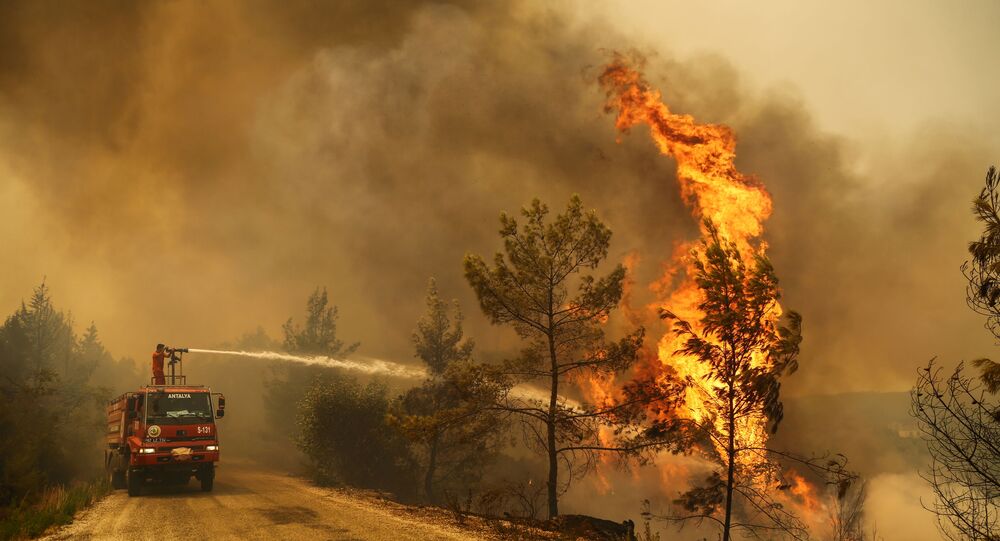 Sport
Japan’s Hideki Matsuyama 1 shot back of lead entering final roun...
Health
Why the delta variant is spreading COVID-19 so quickly — and what that... 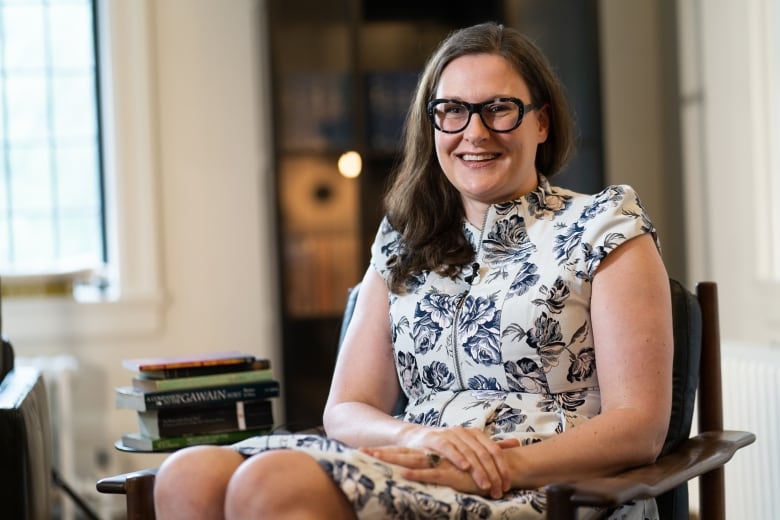