A person wearing a face mask walks along the waterfront near Victoria Harbour on the Tsim Sha Tsui side of Hong Kong on Saturday. (Isaac Lawrence/AFP via Getty Images)

The security legislation, which could see Chinese intelligence agencies set up bases in Hong Kong, has sent chills through the business and diplomatic communities, spooked financial markets and escalated geopolitical tensions.

U.S. government officials have said the legislation would end the Chinese-ruled city’s autonomy and would be bad for both Hong Kong’s and China’s economies. They said it could jeopardize the territory’s special status in U.S. law, which has helped it maintain its position as a global financial centre.

Hong Kong is caught in the cross-hairs of a Beijing-Washington conflict developing on many fronts. After trade disputes and reciprocal accusations over the source and handling of the coronavirus pandemic, Washington on Friday accused the Chinese government of making it impossible for U.S. airlines to resume service to China.

Britain, Australia and Canada expressed “deep concern” in a joint statement about the proposed security laws which they said would undermine the “one country, two systems” principle agreed when Hong Kong returned to Chinese rule in 1997.

Bankers and headhunters said it could lead to money and talent leaving the city. Hong Kong stocks slumped 5.6 per cent on Friday, and sent chills through global markets.

A spokesperson of the Office of the Commissioner of the Ministry of Foreign Affairs of China in Hong Kong said in a statement the city’s high degree of autonomy “will remain unchanged, and the interests of foreign investors in the city will continue to be protected under the law.”

Beijing’s move comes after pro-democracy protests in 2019 plunged Hong Kong into its biggest political crisis since the handover. Communist authorities see the protests as a security threat and blame the West for fomenting unrest.

“No matter how venomously you smear, provoke, coerce or blackmail us, the Chinese people will remain rock-firm in safeguarding national sovereignty and security,” it said.

“Doomed is your plot to undermine China’s sovereignty and security by exploiting the troublemakers in Hong Kong as pawns and the city as a frontier for secession, subversion, infiltration and sabotage activities against China.”

Chris Patten, the last governor of the former British colony, said China has betrayed the people of Hong Kong.

As Hong Kong braced for its first major protests since the proposal of the legislation on Sunday in the centre of the city, police said in a statement they “will deploy adequate manpower in relevant locations.”

Despite reassurances from Beijing and Hong Kong authorities, many Hong Kongers fret over losing rights.

Lok, 42, a clerk at an investment company, said she felt there was no prospect for her children, aged 16 and 9, and she hopes they will move away: “I think Hong Kong is half-way dead. I didn’t expect Hong Kong would deteriorate that quickly.”

Hong Kong activists prepare for renewed protests for freedoms and autonomy after China enacts national security legislation in the region. 2:03

Hong Kong publishing tycoon Jimmy Lai, an outspoken critic of Beijing who faces charges of illegal assembly, said on Twitter the legislation would bring the end of “China’s last miracle” and the communist party was slaughtering “the proverbial golden goose.”

Over the past 24 hours, Hong Kong’s pro-Beijing politicians have also responded to concerns that the national security legislation could reduce freedoms.

Upon her return from Beijing late on Friday, Hong Kong leader Carrie Lam said the stock market “goes up and comes down” and blamed protests for destabilizing the business environment. 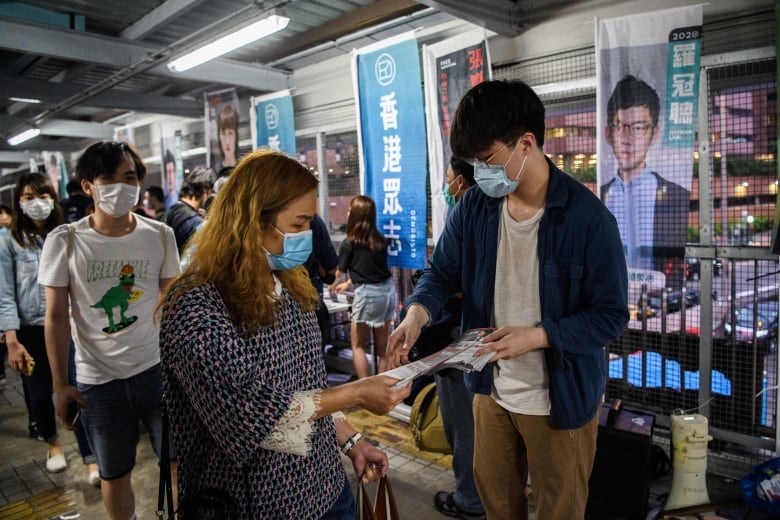 Henry Tang, a member of the Standing Committee of the Chinese People’s Political Consultative Conference, said the legislation was “beneficial” for business, bringing stability.

In an interview with Reuters, Lam’s predecessor as Hong Kong chief executive, Leung Chun-Ying, said the legislation was needed to “stamp out terrorism.” He noted that the British had maintained a police special branch, dismantled before the territory was handed over to Chinese rule in 1997.

“Singapore has a Special Branch. We don’t. America has all kinds of law enforcement agencies that are tasked to deal with national security threats. We don’t. So it’s not surprising that as part of the efforts to fill the national security legal gap, we need to have a body,” Leung said

Next Post
Bike shops busier than ever, but owners worry about stock supply issue

News
Can I go to jail because of my debt?